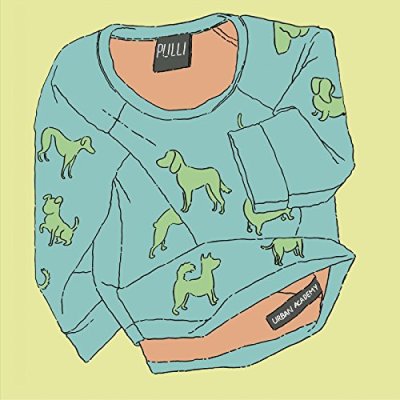 The pulse of the big city is stressful and sometimes unpredictable, but it can groove. Even if, or especially when rhythms overlap and compete with each other. It is this phenomenon that fascinates the young Hamburg (Germany) band collective Urban Academy and inspires their sound and groove. Somewhere between Indie Jazz, Urban Funk, Hip-Hop and Outta Space, the musicians have created their own style, on display on their debut album Pulli. Surprise rather than perfection was the maxim of the production. In their music, Urban Academy consciously strive to ask more questions than answer them.

The album is largely put together like a collage, just as different images from a stroll through the city bleed into each other. You are met with buzzing street life, the chatter of tourists and the roar of traffic as it careens by. The music reflects all facets of urban life, ranging from dirty corners to majestic landmarks by humorously connecting contradictions and idiosyncrasies to create a homogenous flow. Pulli (German for sweater) represents something you like to slip into and feel comfortable in right away, a beloved and trusted musical home. Your favorite sweater.

The music, young and carefree, conveys the band’s attitude: don’t take anything too seriously. Urban Academy’s sound is pulsating and experimentation-happy. Their confident and bewildering use of cliches from funk and fusion takes the listener on a journey through an ambience of oscillating styles. Urban Academy are masters of experimental time feels, indulging their audience in the groove and making them dance. At shows they present their tasty music with lots of energy and humor, electrifying the audience immediately, as seen at the 2015 ELBJAZZ-Festival.

The tracks on Pulli were largely written and developed by all or multiple members of the band collective. Composing the nucleus are masterminds Silvan Strauss (drums) and bassist Daniel Stritzke who produced the album, as well as Lukas Klapp (keyboards). Together with guitarist Alex Eckert, sax player Sebastian Wehle and singer Lena Geue they connect influences from jazz to hip-hop and back to early 70s Herbie Hancock and the electrified Miles Davis. A modern freak out in all things jazz and hip-hop? Oh yeah, Frank Zappa would be another influence to mention.

All of the musicians are under 30, but between them have diverse professional experience on tour, in the studio and in theater productions. It’s exciting to think about what the future holds for projects surrounding Urban Academy.

„Oh god, how well young people play these days! (…) On Saturday night at Birdland drummer Silvan Strauss (…) and his band Urban Academy showed what fascinating cosmos of extremely complex and overwhelmingly forward moving rhythms and ideas they inhabit. (…) [The music] can insufficiently be described as the lively heiress of ancestors ranging from The Temptations to bone-dry breakbeats of hip-hop.“

Hamburger Abendblatt, June 22, 2015 about a concert at Birdland, Hamburg