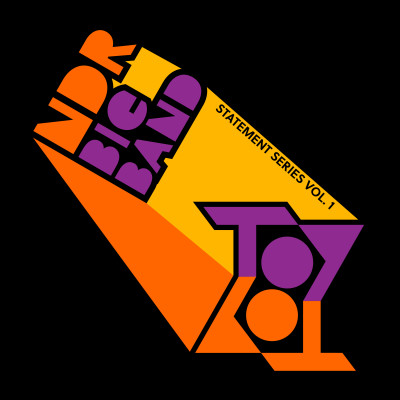 The word statement fits to improvised music. There’s a theme, a musical grounding and there is a soloist making a statement on this foundation. This can range from embellishment and variations on the theme/subject to dissolving or even destroying the material. This concept applies to verbal statements about current world events as well,  reaching deep into our society and ourselves.

With those expressions and systems on their mind Geir Lysne, chief conductor of the NDR Bigband and Silvan Strauss, drummer of band TOYTOY met at the beginning of the pandemic. Their goal was to use a big band’s raw power - outside its usual, temporarily banned comfort zone, the live concert - to make statements. In this collaboration TOYTOY acts as the interface between the traditional, yet always avant-garde NDR Bigband and TOYTOY’s own modern, experimental production style with contemporary urban appeal.

For the first installment of the Statement Series four artists from different backgrounds are using the foundation laid by TOYTOY and NDR Bigband to make their statements regarding current world events. To finally be arranged and produced by Geir Lysne and TOYTOY.

Portuguese vocal legend Maria João paints a dystopian picture about a world void of arts and culture while at the same time energetically encouraging us to value those goods and safeguard them in even in times of crisis. TOYTOY and NDR Bigband comment with unbound playfulness, nonverbally underlining Maria João’s wake up call.

Vocal virtuoso Salomea from Cologne reflects about confronting the topic of death. It being more in the forefront of thought and social media in times of pandemic. Accompanied by an almost hymn like Bigband instrumental Salomea sings about how in spite or even because of the inevitability of death live should be worthwhile and free.