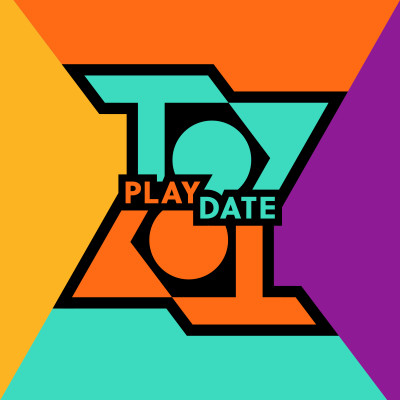 is a fun musical bunch of four virtuoso instrumentalists. Channeling influences from Frank Zappa and Weather Report to J Dilla and Terrace Martin, they also inhale the inspiring smoke of the hip new jazz scene around the globe. Propelled by the untamed energy of their live shows, the new studio record features a one-of-a-kind vibe with ever-surprising guests. Bass fever, a mega percussion sound palette, cheeky drums and a cornucopia of mesmerizing guitar sounds form their genre-bending creations. Based on the model of American music collectives like Soulquarians/The Roots, TOYTOY see themselves as a creative catalyst and possibility generator for the fusion of Jazz and Urban Music styles like Soul and Rap. That fusion is showcased on their new album PLAYDATE. Their eclectic crew of guests with the likes of Flo Mega, Maria João, Salomea, ESO.ES, Leroy Menace and

more underscore the broad spectrum of the TOYTOY universe.

TOYTOY is no accidental assembly of musicians. Alex Eckert (guitar), Samuel Wootton (Percussion) and Silvan Strauss (Drums) started making music while growing up together. Starting out in the tranquility of the alpine region of The Allgäu, they ventured north to the opposite end of Germany to further their musical careers in the port city of Hamburg. Potent magnetic attraction brought Daniel Stritzke (Bass) into the mix, who hails from Föhr, a tiny island in the North Sea. Thus, the musical family of four was complete. They all shared the desire to dive deep into urban music styles, which the quartet had only been able to witness from a provincial distance while growing up. The bandmates began challenging each other, experimenting with merging musical styles and pushing the boundaries of their abilities as instrumentalists. The result got them on the radar of like minded artists and concert promoters, all looking for new channels of creative output. Gathering experience touring the globe with multiple projects, a blind trust formed between the members and the band developed a deep musical understanding of each others’ sound. The impressive roster of artists utilizing TOYTOY prowess include the NDR Bigband, Nils Landgren, Fiva, Jazzrausch Bigband, Fünf Sterne Deluxe, Chet Faker and many more.

TOYTOY’s style is defined by their unique instrumentation, featuring various percussive elements and mallet instruments. This sonic language enriches their Hiphop-inspired beats and rhythms with hint of contemporary classical music and art pop.

Their range in sound is especially evident in TOYTOY’s concert series [rejazzed]. The concept, developed with the good people of Jazzhouse Hamburg, starts with the quartet researching iconic, classic albums of Hip Hop and Pop culture. Their findings inspire concerts, dedicated to and diving deep into the substance of these works of genius. Their interpretations of Daft Punk’s „Homework“, „The Miseducation of Lauryn Hill“, Beginner’s „Bambule“ and A Tribe Called Quest’s „Midnight Marauders“ bring huge crowds to clubs and festivals all over Germany.